If you are charged with a crime in Fresno and the surrounding communities, working with a criminal defense attorney who will protect your rights while obtaining the best legal outcome possible is an absolute priority.

Charged with felony or misdemeanor crimes in Fresno and uncertain what to do? Need help with a DUI, a traffic ticket, or expungement in Visalia or Clovis? Contact criminal law attorney Gurjit Srai. We’ve earned a reputation as a respected criminal law attorney who understands the urgent need for savvy legal advice at a critical time.

Why Work with an Experienced Criminal Defense Attorney

When you are charged with a felony or misdemeanor in Fresno, including a DUI or traffic ticket, choosing the right criminal defense attorney is essential. Why should you engage a criminal lawyer at all? After all, the court may assign your case to a public defender at no charge to you.

When your freedom is at stake, hiring a criminal defense lawyer who has a thorough knowledge of state law and the criminal law process will increase the likelihood of a successful defense of your criminal case, whether a felony such as assault, arson, robbery or burglary, or a misdemeanor such as drunk driving, domestic violence, traffic ticket, vandalism, or drug possessions. Attorney Gurjit Srai has the experience and skills to aggressively represent you through the court process.

A Respected Fresno Criminal Defense Attorney on Your Side

As your criminal law attorney, Gurjit Srai will:

A drunk driving conviction, like any misdemeanor or felony conviction, can have a serious negative impact on your life—financially, restricting your movement and ability to hold a job by taking you’re your license and losing your insurance, and can even lead to serious jail time. A skilled criminal law attorney knows there are several ways to fight a DUI charge, including contesting an officer’s probable cause for the traffic stop or whether the field sobriety test was conducted properly.

A criminal defense attorney experienced in drunk driving cases can often negotiate your DUI infraction down to a “wet reckless” charge, which is a reduced drunk driving charge that will reduce the negative impact of the infraction on your reputation and lifestyle.

A felony such as robbery, burglary, aggravated assault and certain drug and DUI offenses carry the potential of large fines and imprisonment in a state prison for a period of years. Capital felonies (i.e., murder) can even be punishable with death. When faced with the possibility of serious prison time, the criminal defense attorney you choose can be the difference between years behind bars and a lesser sentence or probation.

Lawyer Gurjit Srai is an experienced felony defense attorney that has the knowledge and a reputation as a tough negotiator to work for the best possible outcome in your felony case.

At Srai Law Office, located Fresno, we will carefully examine and research your case to build a defense strategy that reduces the likelihood of a drawn-out process or trial, increases the possibility of a positive outcome. When contacting a criminal law attorney, don’t delay. Quickly assessing the prosecution’s case against a defendant is an important element to creating an effective defense.

Misdemeanors are typically minor crimes that carry lighter sentences, such as fines, penalties, forfeiture, and imprisonment for under a year. Community service may also be part of a sentence for a misdemeanor.

If charged with a misdemeanor in Fresno, Visalia or Clovis, it is crucial to work with the best possible criminal defense attorney to protect your rights. A misdemeanor can be punishable by imprisonment in the county jail for up to one year. While the penalties for a misdemeanor may be minimal, they can still be very costly and disrupt your life, increasing the value of choosing the right misdemeanor defense attorney.

Fresno misdemeanor criminal defense attorney Gurjit Srai, will guide you through the criminal justice process from beginning to end. Gurjit does his best to ensure that your misdemeanor case is handled discretely, with utmost professionalism and care, while working quickly dismissal or reduction of charges.

When any driver gets a traffic ticket or citation, it is natural to assume this is a minor offense with minimal penalties. Unfortunately this is not always the case. Any conviction for a traffic ticket or moving violation will add points to your driving record, potentially increase your insurance premiums or the likelihood of having your license suspended or revoked. And if you are a commercial driver with a Class C license, or you need a vehicle to perform your job or get to work, losing your license can significantly impact your livelihood.

Don’t let traffic infractions jeopardize your ability to make a living. Fresno attorney Gurjit Srai will fight your traffic ticket with proven, successful legal defenses that have kept many of our clients behind the wheel.

Expungement is the dismissal of a conviction on a criminal record pursuant to penal code section 1203.4. Many people with a criminal record don’t realize a competent criminal law attorney can get certain felonies and misdemeanors expunged.

Srai Law Office, located in Fresno, can research your situation to determine if convictions on your record are eligible for expungement. An expunged record makes it easier to find a good job or restore driving privileges and an employer cannot use an expunged conviction against you.

Whether you’ve been charged with a felony or misdemeanor crime, including drunk driving (DUI),or have recently received a traffic ticket, begin your defense by calling Fresno criminal defense lawyer Gurjit Singh Srai today at (559) 449-1447 for a free phone consultation. 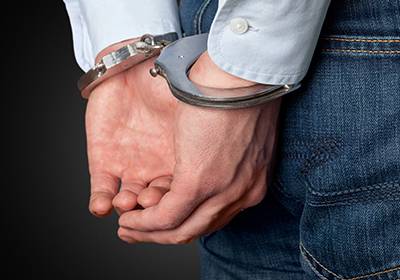